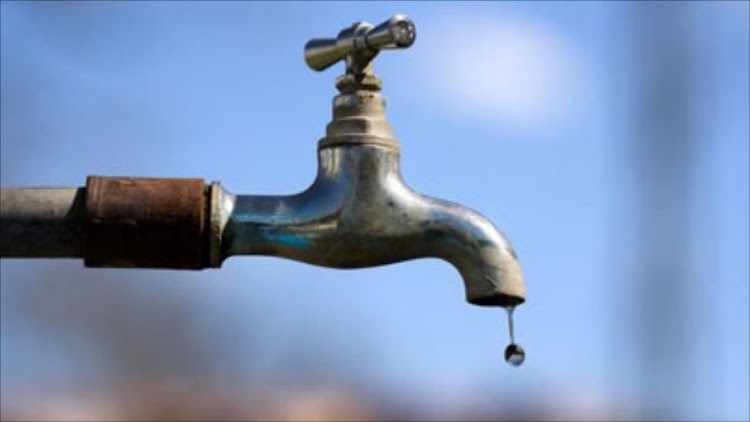 R554m has gone down the drain due to leaks and failing infrastructure in Eastern Cape.
Image: File

This was revealed this month by finance MEC Oscar Mabuyane’s written replies to Bhisho legislature.

However, the figures also tell another story; despite these losses of water, municipalities still managed to improve their income from water sales.

Mabuyane stated that provincial municipalities lost over R554m water in potential revenue in 2017, barely less than the R569m which ran down the gutters in 2016.

Municipal water sales dropped from 44% to 38% during the period.

Running out of water
The Eastern Cape government needs R7.7-billion to deal with what it calls one of the worst droughts ever experienced in the province.more This was …
NEWS

Even though there was a steady decline in water loss between 2016 and 2017, provincial municipalities lost over half-a-billion rands due to these losses.

Mabuyane’s report, in response to parliamentary questions posed by DA MPL Bobby Stevenson, also shows that while municipal income from water sales declined from 44.5% to 38.5% between 2016 and 2017, the province still made more money from the water sold.

Some of this water was lost as a result of dilapidated and aging water infrastructure system which needs some serious attention.

Their water leakage also dramatically increased from 14% in 2016 to 37% last year, a situation Stevenson said was “crippling” municipalities in the district.

“This is a dramatic loss in revenue which that municipality cannot afford to lose,” said Stevenson.

On the contrary, Amathole District Municipality (ADM) recorded a positive result in their region.

In the water-scarce Nelson Mandela Bay Metro, R170m worth of water was lost in 2016, while the following year, that metro lost water valued at R169.7m.

Once again, revenue still managed to improve. The metro made R660m in water sales in 2016, and improved this by R101m making R761m the following year.

Municipalities under the OR Tambo district lost water valued at R12m in 2016, a figure that escalated to R22m the following year.

Stevenson said something drastic needed to be done to prevent these dramatic water losses.

“This is basically money down the drain!” he exclaimed.

“In a water-scarce province, drastic action needs to be taken not only to stem physical water losses, but also the income flowing from those losses.

“Clearly there is a lack of infrastructural maintenance taking place which is resulting in the continued collapsing of the distribution of water in the province,” Stevenson said.

In another parliamentary report by cooperative governance and traditional affairs MEC Fikile Xasa, dated June 28, it is revealed that R144m a year should be invested in a bid to “renew” water infrastructure in BCM.

Xasa said the amount initially required by BCM was R485m a year.

He said that amount will make it possible for the city to address its water infrastructure backlog “as well as ongoing renewal needs over a 10-year period”.

Based on the current medium-term revenue and expenditure framework, the investment made annually in renewal of water assets in BCM is between R40- and R80m, ” said Xasa in his report.

Lilyfontein gets green handshake with award