The mother of former finance minister Trevor Manuel has died from Covid-19, four days after celebrating her 94th birthday.

Philma Manuel died on Thursday, according to a statement from the ANC’s coordinator in the Western Cape, Ronalda Nalumango.

“We mourn with the Manuel family and wish to extend our condolences to comrade Trevor, his sisters, and Mrs Manuel’s 10 grandchildren and eight great-grandchildren,” said Nalumango.

She said Mrs Manuel, a former garment worker, was widowed in 1969, when her future struggle activist son was 13.

“She raised Trevor and his sisters Pamela, Beryl and Renecia as a single parent,” said Nalumango.

“Years ago, Mrs Manuel said in an interview about her life that her son’s political activism prior to 1994 was ‘particularly stressful for me. He was always either on the run from the security police or in detention. I would never in my wildest dreams have imagined that the years of anguish would culminate in him being elected as a cabinet minister in the government of national unity.’ 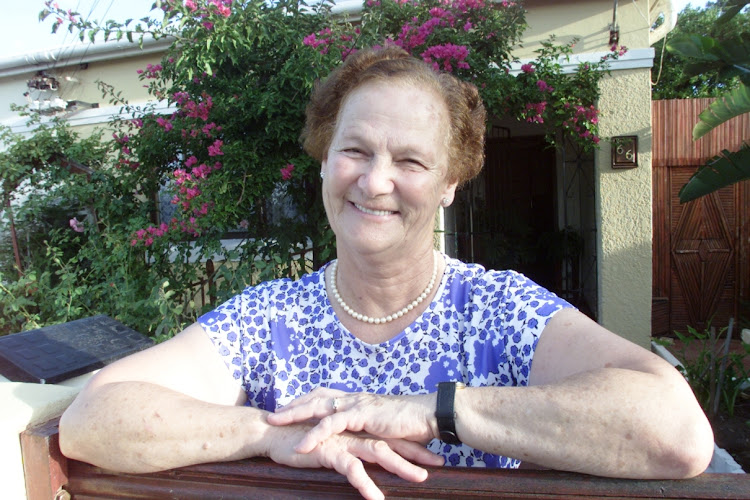 Philma Manuel at her garden gate in Kensington, Cape Town, when she was 75 in 2002.
Image: Terry Shean

“This quote from Mrs Manuel encapsulates the life of activists fighting for change in SA, as well as the harsh and cruel way in which the apartheid regime tried to stop them.

“We salute Mrs Manuel and mothers like her who gave their children to our struggle. But they went beyond giving their offspring, they also joined and supported them. We will be forever grateful to all the Mrs Manuels of our country.”

In 2002, after her son had raised pensions by R50 a month in his budget, Mrs Manuel told the Sunday Times: “When Trevor grew up, there wasn’t much money to spend, but we managed. He only got a shilling pocket money. The best I could give them was their education.”

She said the future finanCoce minister wasn’t much of a saver, preferring to spend his shilling as soon he got it, but he always believed in the value of hard work. “He belonged to the scouts and used to work for a bob a job,” she said.

Electronic cigarettes are pricier than smokes, sold too close to campuses: report

‘Do you have an evil twin or imposter?’ — Inside Fikile...

Outcry over price of sanitiser for EC municipality