A mother who was fearful after giving birth to rare conjoined twins nearly three months ago is overjoyed about being able to take them home, holding one in each arm.

The twin girls, born in an Eastern Cape hospital in February, were fused at the head. Today they are recovering well and their 31-year-old mother Ntombikayise Tyhalisi is overjoyed.

“I am happy. I never expected that one day I would leave this hospital with both my babies alive,” she said.

Speaking about her birthing experience, Tyhalisi said her joy quickly turned to fear when she learnt she had not only been carrying twins but they were joined at the head. 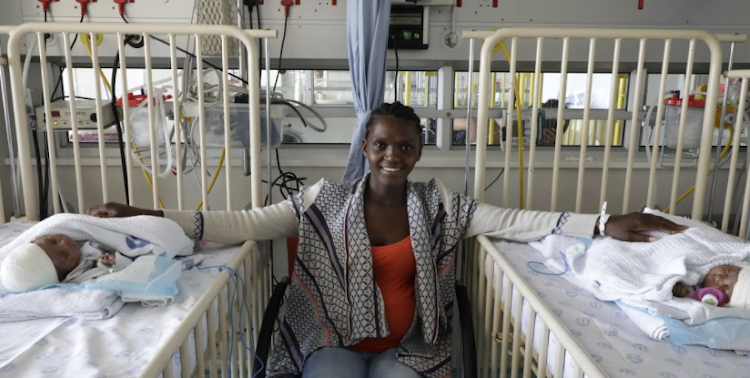 Ntombikayise Tyhalisi says she did not think she would leave the hospital with a baby in each arm.
Image: Western Cape health department

“The nurses were just as shocked as I was. I was only expecting one child and during the birth, I was feeling no labour pain. I was told the baby was breech and would therefore come out with her buttocks first. I then asked for a C-section instead,” said the soft-spoken mom.

Four days after the birth, Tyhalisi and her babies were taken to the Western Cape, where they were successfully separated.

Speaking about the surgery, doctors said they had anticipated a marathon operation lasting up to six hours, but the entire procedure only took 90 minutes.

Prof Tony Figaji, head of paediatric neurosurgery at the hospital, said Amahle and Siphosethu’s condition was medically referred to as craniopagus twinning.

“It’s the rarest form of conjoined twinning,” Figaji said. It occurs approximately once in every 2.5 million live births worldwide.

“Half of those are usually stillborn and of the half that survive, 25% to 30% will not survive to the point of separation,” he said.

The medical team anticipated the surgery would take about six hours but it was completed in about 90 minutes.
Image: Western Cape health department

An important aspect of the procedure was to establish whether the twins shared brain tissue and major blood vessels. Luckily, this was not case.

Plastic and reconstructive surgeon Dr Bruce Lelala, who took part in the operation, described the twins’ case as a miracle.

He said a lot of planning had been done before the procedure. A multidisciplinary team involving a full set for each twin was put together. Each team comprised of an anaesthetist, neurosurgeon, plastic surgeon and nurses.

The babies’ open skulls were covered with their own soft tissue and it was anticipated the bone cut through to separate them would regrow.

“Our country has the resources for such operations to take place,” Lalela said. 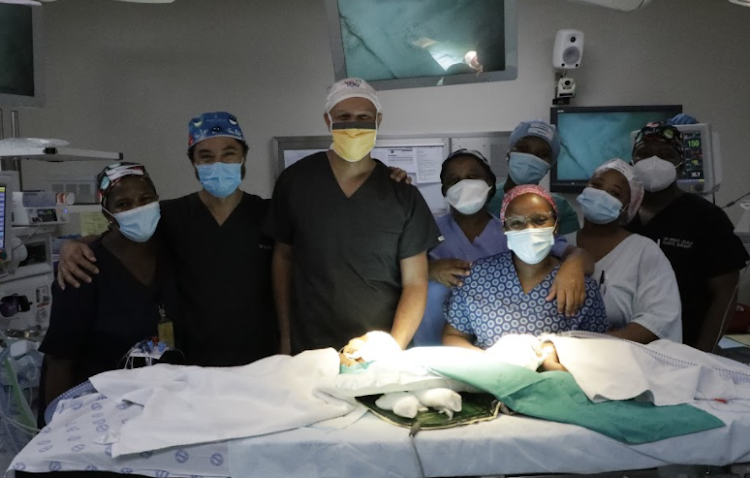 The girls would be monitored during growth to see if they require further surgery.

As she prepares to head back home with her two children, Tyhalisi said she was excited to start life with her daughters. She said her older children, aged three and eight, were excited to welcome the new additions to the family.

In earlier videos taken while the girls were still joined, their different personalities were already evident as one lay quietly, sucking on her pacifier, while the other cried after the pacifier fell out of her mouth.

Tyhalisi said she knew Amahle would be the “troublesome” one, adding that she was already giving her sleepless nights.