Nelson Mandela Bay is fast becoming the epicentre of Covid-19 in the Eastern Cape with nearly 60% of cases recorded in the province located in the Bay.

The latest statistics from the health department indicate that by Monday, there were 397 new cases in the province — 234 (58.9%) of those in the Bay in the last 24 hours.

Statistics provided by the Nelson Mandela Bay municipality indicated that a total of 3,199 people had died by Monday and 58,975 people had recovered. 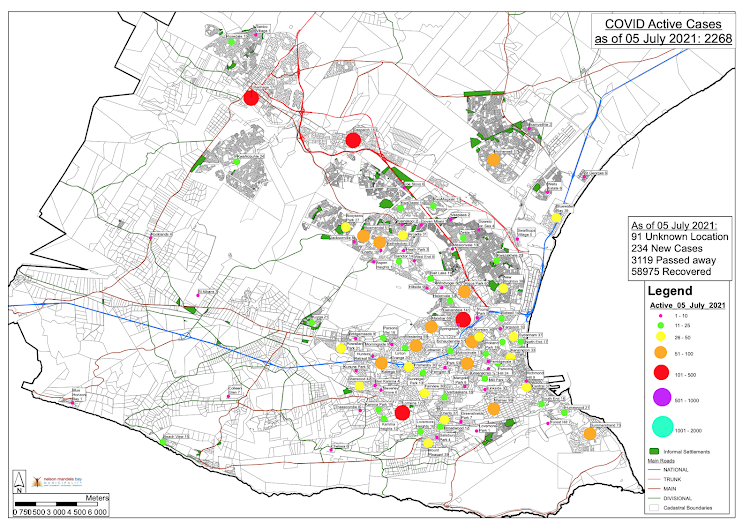 “The number of new and active cases, hospital admissions and deaths have increased in all districts,” the report says.

“There is a need to improve case detection [including increased testing] and contact tracing and monitoring.

“Alfred Nzo, Amathole and OR Tambo are currently reporting a gradual increase in the number of the newly diagnosed.” 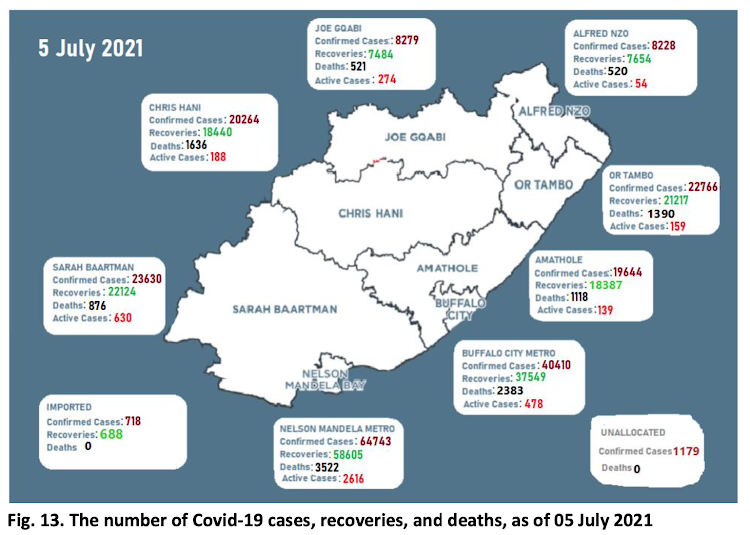 In the last 31 days, 38,717 tests were done in public sector laboratories.

About 1% of the tests did not have information on the age of the person.

More than half of all the tests (51.3%), which were done in the last 31 days, were among the female population.

Only 46.5% of the tests were among the male population and 2.3% with unknown gender.

The report says “the number of deaths has significantly increased in July compared to the same period in June”, with the provincial mortality rate at 178.2 deaths per 100,000.

“And the duration of the second wave was longer than the first wave,” the report says.

“The number of deaths appear to be gradually increasing, especially in June with the deaths.

“There is a need to continue to monitor the deaths and ensure that there is effective case management.”

‘Universities will have to recalibrate their incomes’: proposed tuition fee increase of 4.3%, accommodation 6.3%

‘There is a clear need for a basic income grant,’ says...