At least 24 people have been confirmed dead after a DMJ bus lost control and overturned on the N2 road between East London and Butterworth on Monday afternoon.

The death toll has been revised after earlier reports said that there had been at least 10 fatalities.

The accident was confirmed by provincial transport department spokesperson Unathi Binqose who said the accident occurred after the bus had lost control at the notorious Kei cutting, a few kilometers from the Kei Bridge.

Binqose said details were still sketchy, while all emergency personnel were on the scene. 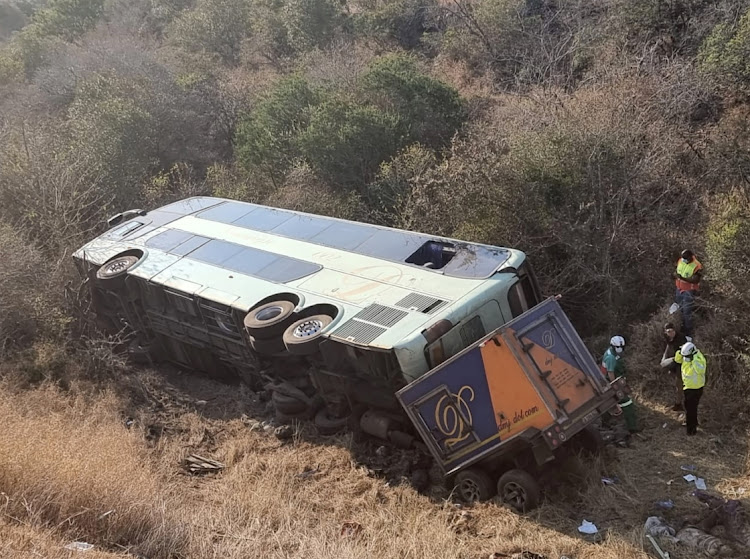 At least 24 people have been killed in a bus accident on the N2 between East London and Butterworth.
Image: SUPPLIED

More than 20‚000 people sign DA’s petition to object to Eskom’s request for a 20.5% electricity hike

Shocking number of girls aged 10 to 14 giving birth in...