Three children, 20 women and five men including the driver were killed in a horror bus accident on the N2 between East London and Butterworth on Monday afternoon.

The bus was transporting 52 passengers, said the Road Traffic Management Corporation.
Six people were seriously injured and transported to Frere Hospital. The co-driver was among those who escaped injury.

The driver allegedly lost control of the luxury bus which overturned after crashing through the guard rails. The accident took place at Kei Cuttings, a few kilometres from the Kei Bridge. 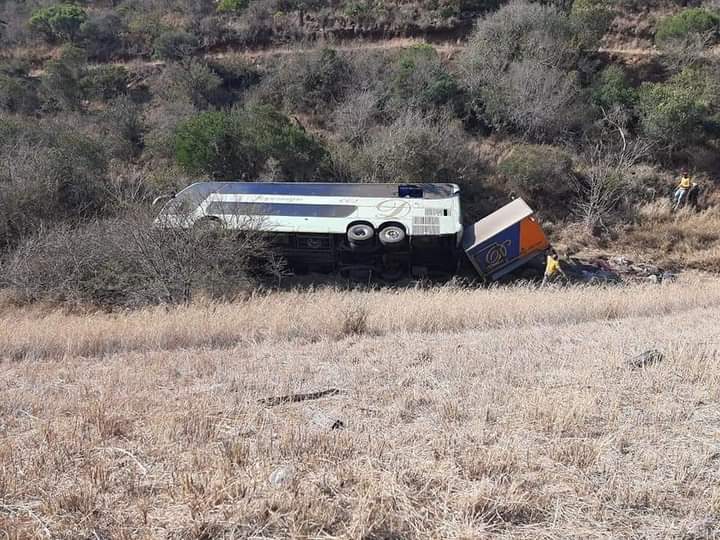 The luxury bus overturned on the N2 between East London and Butterworth.
Image: RTMC

More than 20‚000 people sign DA’s petition to object to Eskom’s request for a 20.5% electricity hike

Shocking number of girls aged 10 to 14 giving birth in...

11 mistakes on your tax return that could land you in...

De Lille accuses DA of lying to the courts and to...