Understanding maths and science is a cornerstone of academic excellence, and Local Hero nominee Vuyani Nkalitshane instils a passion for the subjects in the high school pupils he mentors, to better their final marks.

“When you empower the youth you invest in the country’s future. Maths makes people think critically and offers many opportunities for children,” Nkalitshane, 46, of Khowa (formerly Elliot) says.

A community development worker, he is studying towards a bachelor of education degree through Unisa, majoring in — you guessed it — mathematics and physical sciences.

Nkalitshane has been volunteering his time to tutor local high school pupils at no charge for the past 18 years.

Employed by the department of co-operative governance & traditional affairs, he began his tutoring work at the Masikhuthale Public School in 2004, after the maths teacher left for health reasons.

Nkalitshane said: “I was asked by two matric students to assist them and they told their classmates. The day before their second maths exam, the whole class was there.”

One of the first pupils he mentored, Sabelo Nqaqarhu, now 36 and working as an electrician, said Nkalitshane had played an important role in creating a platform for his future career.

“He is passionate about developing young minds. He was so friendly and created a space where we had the freedom to ask questions.

“He would help us over the weekend and after school. I still appreciate all he did for me to this day. He sees the value in young people and makes sure he assists them.”

Nkalitshane runs his informal “Maths, Science and Technology Institute” for two weeks of the month from Masikhuthale’s premises, offering after-school classes to pupils from Monday to Thursday.

“Our biggest challenge during winter is that the sun sets early and we are afraid because we are alone at school and there is so much crime in [Khowa’s] Phola Park township,” he said.

Thandokazi Meje, 29, said Nkalitshane had helped spark her love for mathematics when she was a pupil in 2013, which led her to pursue a career in electrical engineering.

“He made us enjoy maths; it’s not easy but from grade 11 and grade 12 I passed with flying colours.

“He took us through old question papers to prepare us for exams.

“Elliot students also need to succeed in life. He motivated us to go to school and study further so we could get better jobs.”

Nkalitshane was recognised for his work in education by winning the youth empowerment award at the SA Heroes Awards in 2021.

“When you are from a small town you think you can’t go up against [people in] big cities,” he said.

“I am excited and grateful to be recognised again for my work as a way to encourage others to do something to help their communities.”

His colleague, Sibulele Kalako, who nominated Nkalitshane for the award, said he possessed the “gift of leadership”.

“He has the ability to truly light up the flame within others with his own spark when their own light goes out,” Kalako said.

“Mr Nkalitshane is an energetic and motivational fountain of restored lost hope and the outlet of knowledge and advice for the underprivileged youth [of] Khowa.” 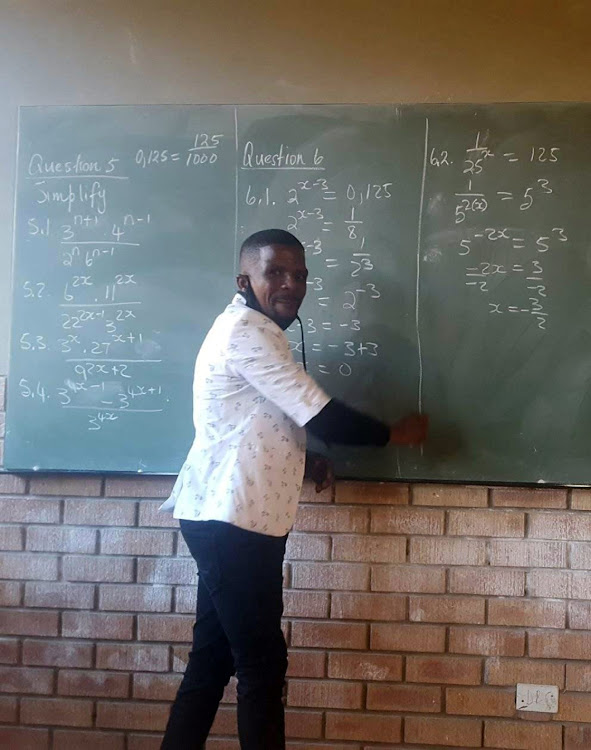 Vuyani Nkalitshane,46, from Khowa, tutors school students after school during the week to inspire a better future.
Image: SUPPLIED

NSRI’s top tips for safer outings to the beach