Six Eastern Cape pupils died in a horrific accident after a truck driver allegedly lost control of his vehicle, which ploughed into a loaded scholar transport bakkie.

Officials have confirmed that the scholar transport bakkie carrying 21 learners was hit from behind, killing six pupils instantly.

Fifteen other pupils were rushed to Canzibe and Mthatha Regional Hospital.

DispatchLIVE is at the scene in Buntingville, Ngqeleni, outside Mthatha where traffic is being diverted onto a gravel road.

The truck is believed to have experienced brake failure.

The bakkie was stationary at the time of the collision. 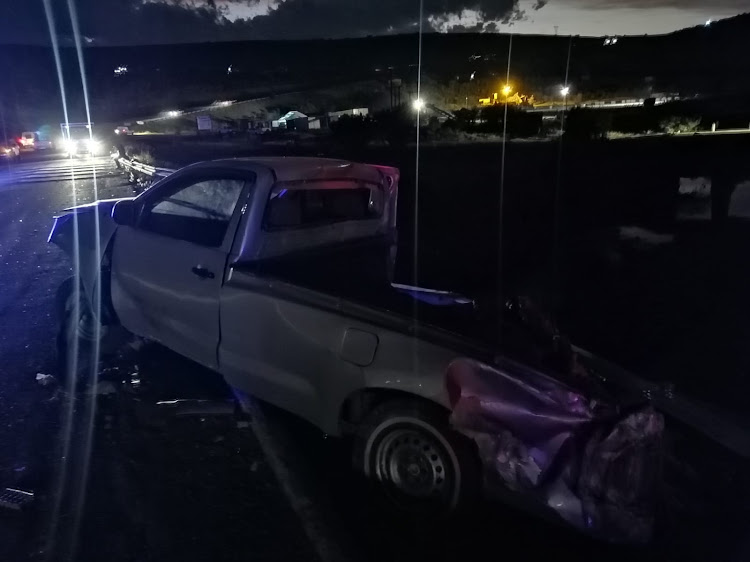 Six pupils died in an accident involving a truck and a bakkie in Buntingville, Ngqeleni on Tuesday evening.
Image: Sikho Ntshobane