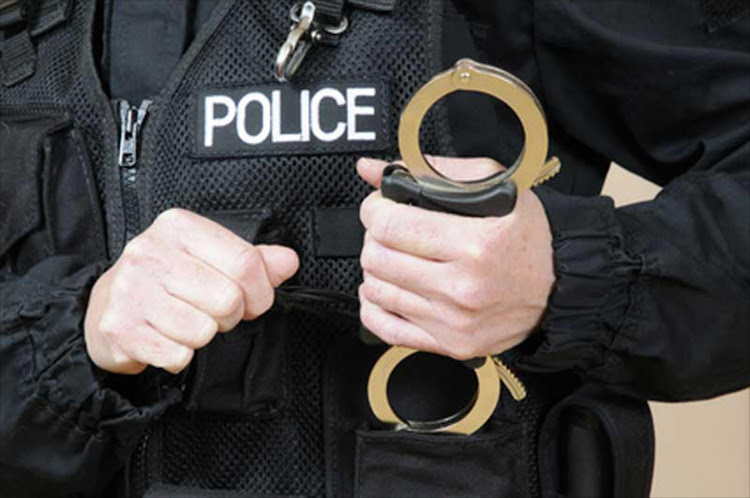 Three police officers have been arrested for theft and corruption Image: File

Three East London police officers have been arrested for theft and corruption after they were found in possession of valuables seized during a police raid on Friday night. Eastern Cape provincial police spokeswoman Colonel Michelle Matroos said the disgraced officers were arrested on Saturday for illegally keeping the exhibits, which were supposed to be kept at the police station’s evidence room.

Matroos said the accused had taken part in a raid in Scenery Park on Friday but, instead of booking the seized goods, they allegedly took them home.

Matroos said the officers were attached to the East London operational command centre.

She said the officers were nabbed during a combined operation conducted by the SAPS anti-corruption unit attached to the provincial detectives, crime intelligence and Local Criminal Record Centre (LCRC).

“They followed up on intelligence-driven information.

“During the operation at the residence of members, exhibits which were recovered during the previous day’s operation were seized from the members’ respective residences and in a police vehicle,” said Matroos.

The items seized would be taken to the LCRC for DNA testing. Eastern Cape provincial police commissioner Lieutenant-General Liziwe Ntshinga said: “The Eastern Cape SAPS management expressed their shock and disappointment as this incident happened a day after the SAPS national commissioner launched his new strategy at the SAPS academy [in] Tshwane to tackle corruption within its ranks [and] to transform the SAPS into a professional organisation”.

Ntshinga said arresting the three officers was proof that no lawlessness would be tolerated.

“This should also serve as a reassurance to the community of our commitment as the SAPS towards enhancing its ethics and code of conduct, in support of the national commissioner’s turnaround strategy against corruption,” Ntshinga said. — malibongwed@dispatch.co.za

Motorists can expect some relief at the pumps in September as...

Motshekga: ‘It has become quite clear that we shouldn’t scrap the...

Cake show a feast for the eyes (Gallery)

Swallows soar to victory, with final in sights