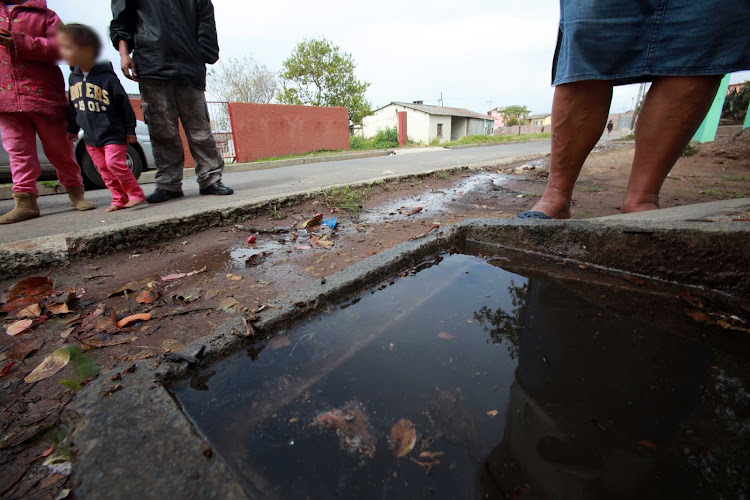 It’s been near a month since Buffalo City Metro ratepayer Raymond Pieterse reported a leaking water meter at the driveway outside his Buffalo Flats home, and nothing has happened.

Pieterse said he reported the leaking meter immediately he noticed the water seeping out.

He both feared having to pay for the water spilling into Andries Crescent and was upset at the wastage of the precious resource on his doorstep.

“There’s no follow-up from the municipality and it has been nearly a month now. I’m concerned about what the water bill is going to be and who is going to cover these costs.

“I have been calling them every second day, but seemingly there is no recall of my reports and I have to start from the beginning every time I call, only to be told the water department is on its way. To date they are still on their way.

“What frustrates me the most is that none of the officials I speak to ever even want to give you their names, nor do they take my contact number to liaise with me and I end up talking to different people every time I call.”

The Dispatch has reported on this phenomenon in the past, which residents dub “being bounced”.

This week Pieterse recorded the conversation with a BCM official who eventually identified herself as Nomqamlezo. In the conversation, Pieterse asks who would be liable for the bill. Nomqamlezo responds saying Buffalo City will reimburse him for the water leakage.

Pieterse said: “Where have you ever heard of that? After how long? Why would that even happen at all and why are they not hiring more people if they are faced with a staff shortage, as they have indicated?”

Last week a Dispatch reporter visited the municipal offices because of other complaints, including one of having no water for a week. She witnessed officials scribbling down the details of the query on random pieces of paper.

Several consumers visiting the NU6 municipal offices were heard complaining about the lack of progress in fixing their water woes.

Nolitha Nyathi has lost count of the number of times she’s reported a pond of municipal water near her front door, which she feared was undermining her foundations.

She said commercial plumbers had refused to fix the leakage, saying it was a municipal issue.

“I had to pay callout fees for plumbers to come from East London, but when they came they said they could not touch municipal meters and infrastructure.

“It’s terrible what they are doing to us, because we have had no water in the house, and we are struggling to cook, bath and clean. Water is a basic need,” she said.

BCM spokesperson Samkelo Ngwenya and Bathandwa Diamond had not responded to questions by the time of writing yesterday.

Firefighters speak out on shambles