SA recorded 21,584 new Covid-19 cases in the past 24 hours, the fourth highest single day increase in new infections since the outbreak of the coronavirus in March last year.

There were also 382 deaths related to Covid-19 reported in the past day, bringing the confirmed death toll to 61,029.

Figures released by the National Institute for Communicable Diseases (NICD) on Thursday showed Gauteng continued to be the country’s Covid-19 epicentre with 12,806 cases recorded in the province in 24 hours. 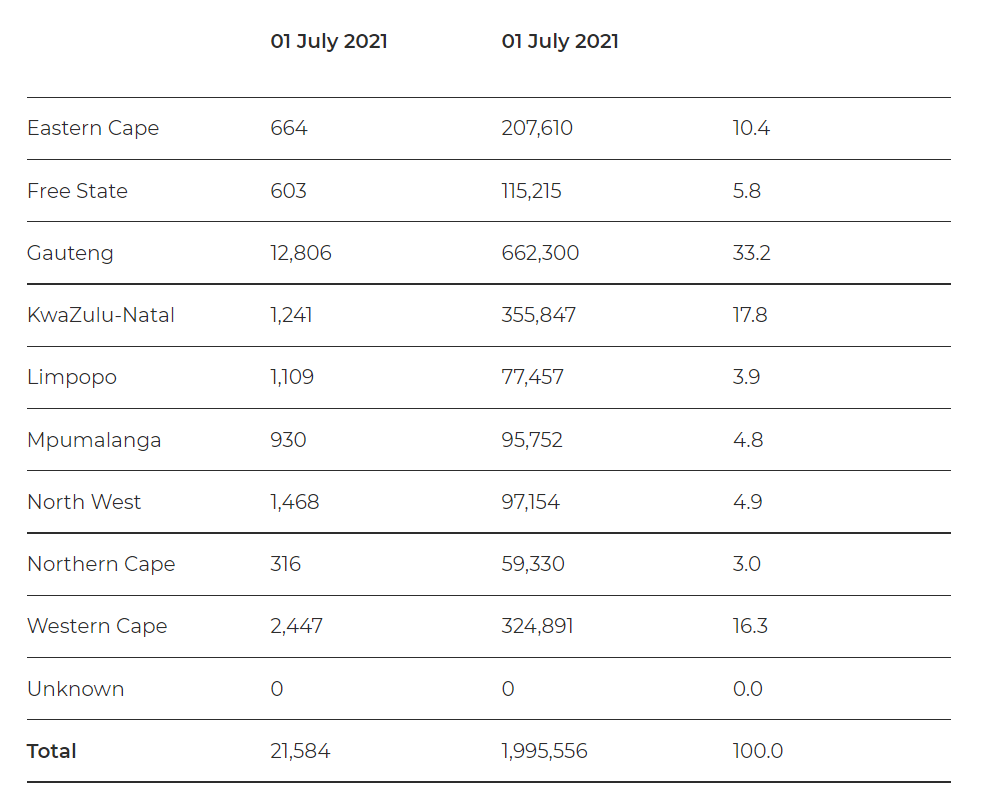 The provincial breakdown of Covid-19 cases on July 1 2021, according to the NICD.
Image: NICD

According to the NICD’s latest figures, there were 769 new hospital admissions in the past 24 hours, meaning there were 13,396 people being treated in the country’s hospitals.

‘Universities will have to recalibrate their incomes’: proposed tuition fee increase of 4.3%, accommodation 6.3%

‘There is a clear need for a basic income grant,’ says...